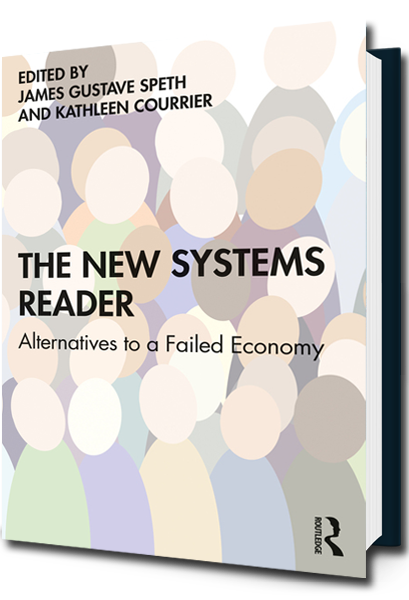 The recognition is growing: truly addressing the problems of the 21st century requires going beyond small tweaks and modest reforms to business as usual—it requires “changing the system.” But what does this mean? And what would it entail?

The New Systems Reader highlights some of the most thoughtful, substantive, and promising answers to these questions as the world grapples with the effects of a global pandemic on top of the looming climate crisis, chronic structural racism, and worsening wealth inequities. The book draws on the work and ideas of some of the world’s key thinkers and activists on systemic change.

Amid the failure of traditional politics and policies to address our fundamental challenges, an increasing number of thoughtful proposals and real-world models suggest new possibilities. This book convenes an essential conversation about the future we want.

The New Systems Reader  features the work of…

What experts are saying about The New Systems Reader

“The pandemic of 2020 has made the question of economic and social transformation ever more urgent. As the failures of neoliberalism multiply, what should take its place? The Next System Project has been one of the most fruitful efforts to articulate possible paths forward. This collection—a veritable who’s who of visionaries—is a must-read for anyone interested in creating an egalitarian, sustainable, and humane successor to capitalism.”

—Juliet Schor, author, After The Gig: How the Sharing Economy Got Hijacked and How to Win It Back

“The New Systems Reader puts to rest, once and for all and not a moment too soon, the most nefarious of lies: There is no alternative. Its pages present compelling alternatives that promise a more fair, more healthy, more thriving economy, along with road maps to get there. The only thing missing is a people-powered movement strong enough to bring these visions to fruition. That’s up to us, so read this book and let’s go!”

“This book could not be emerging at a better moment: many more of us now realize that we need new models for our collective life, and it will come as a relief to many readers to know those models are out there, with people hard at work figuring out how we can build them to scale in time. A landmark book!”

“Aged to perfection, Gus Speth is a global treasure. He and Kathleen Courrier have assembled 38 of the top systems thinkers to offer a multitude of provocative paths toward a radically better future for people and the planet.”

—John Cavanagh, Director, Institute for Policy Studies and co-editor of Alternatives to Economic Globalization: A Better World is Possible

“This impressive collection of essays was completed a little before the coronavirus pandemic shook up all our ways of living in the present and viewing the future. The book offers numerous suggestions on how to build truly new and resilient systemic changes in the economic, social and environmental spheres. Each of the 28 essays addresses issues that are urgently needed to reach the sustainable future we have been dreaming about for the past decades. It is now crystal clear that small adjustments to the existing system will no longer suffice. The systemic transformation needed must be global, courageous, inclusive and provide for previously disconnected issues to be considered together. The New Systems Reader is well positioned to play an important role in helping us move rapidly to create a new way forward for our planet and all of its inhabitants.” 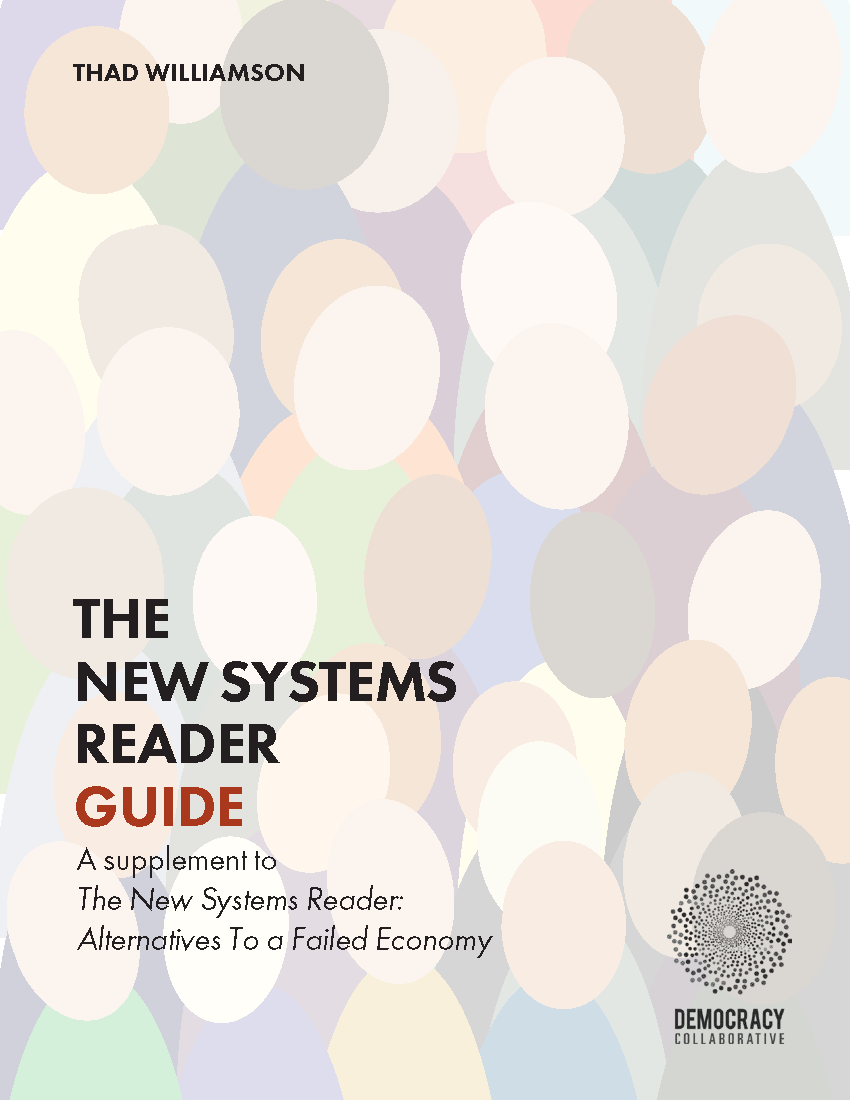 This free study guide is designed for college courses and study groups. Written by noted professor and civic activist Thad Williamson, the guide is written to help readers think critically, creatively, and synthetically about the diverse, challenging, and wide-ranging ideas within The New Systems Reader and to develop concrete steps toward realizing their own visions of a better future.