Inaugural Teach-Ins unite communities to envision the Next System

The beginning of March brought a wave of connections and developments for students, community activists, economists, and visionaries of all kinds at the Next System Project Inaugural Teach-Ins. What in the world is a “teach-in,” you might ask? The word hearkens back to the nonviolent direct actions that took place at universities in the ‘60s to organize and educate against the Vietnam War, and have taken a myriad of radical shapes and forms throughout history. The Next System Teach-Ins are taking the “Teach-In tradition” to new heights by cultivating platforms for people of all disciplines and communities to come together to envision what the next political-economic system might look like in our society, and how we can build towards that system collaboratively, starting in our own communities. 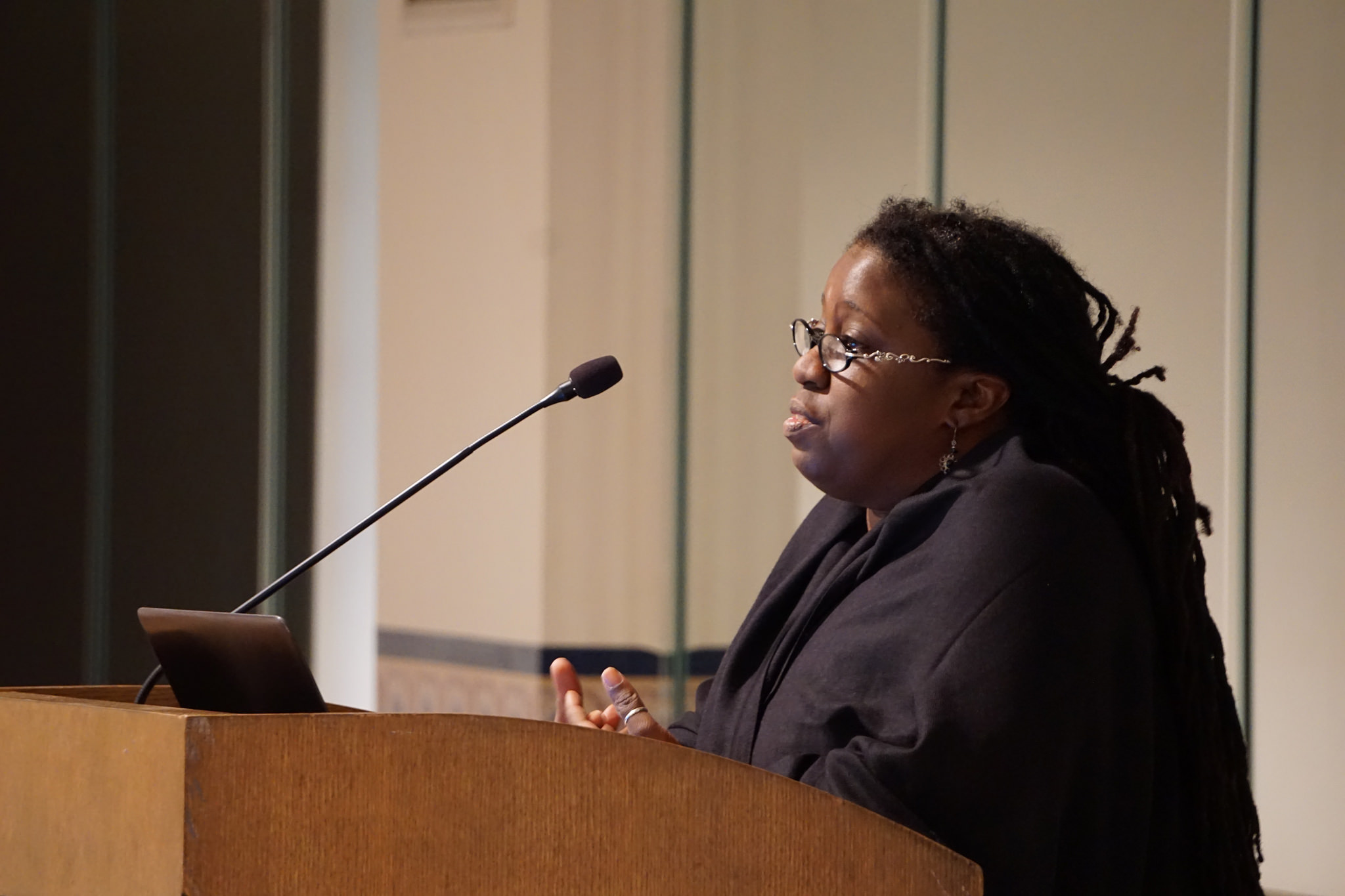 The energy was certainly swelling from the moment The Next System Project launched the teach-ins in December 2015. Hundreds of people registered to get involved from Detroit, MI to Seattle, WA to Tuscan, AZ and beyond. And now, our inaugural teach-ins have given a whole lot of life to the growing calls for changing the whole system.

Questions and visions about intersectionality and unity buzzed through the windows and doors where the workshops were going on, from New York to Madison, WI at the inaugural teach-ins. What does participatory budgeting at the municipal level have to do with workplace democracy? How can the technology sector provide the tools to democratize knowledge, power, and wealth? What are ways we can shape our institutions – governmental and otherwise – to guarantee a system that espouses racial and gender equality? How can students change the structure of their colleges and universities to fight against exploitation of low-wage agricultural workers? Participants and presenters at the inaugural teach-ins delved into these questions and so many more at our inaugural teach-ins. 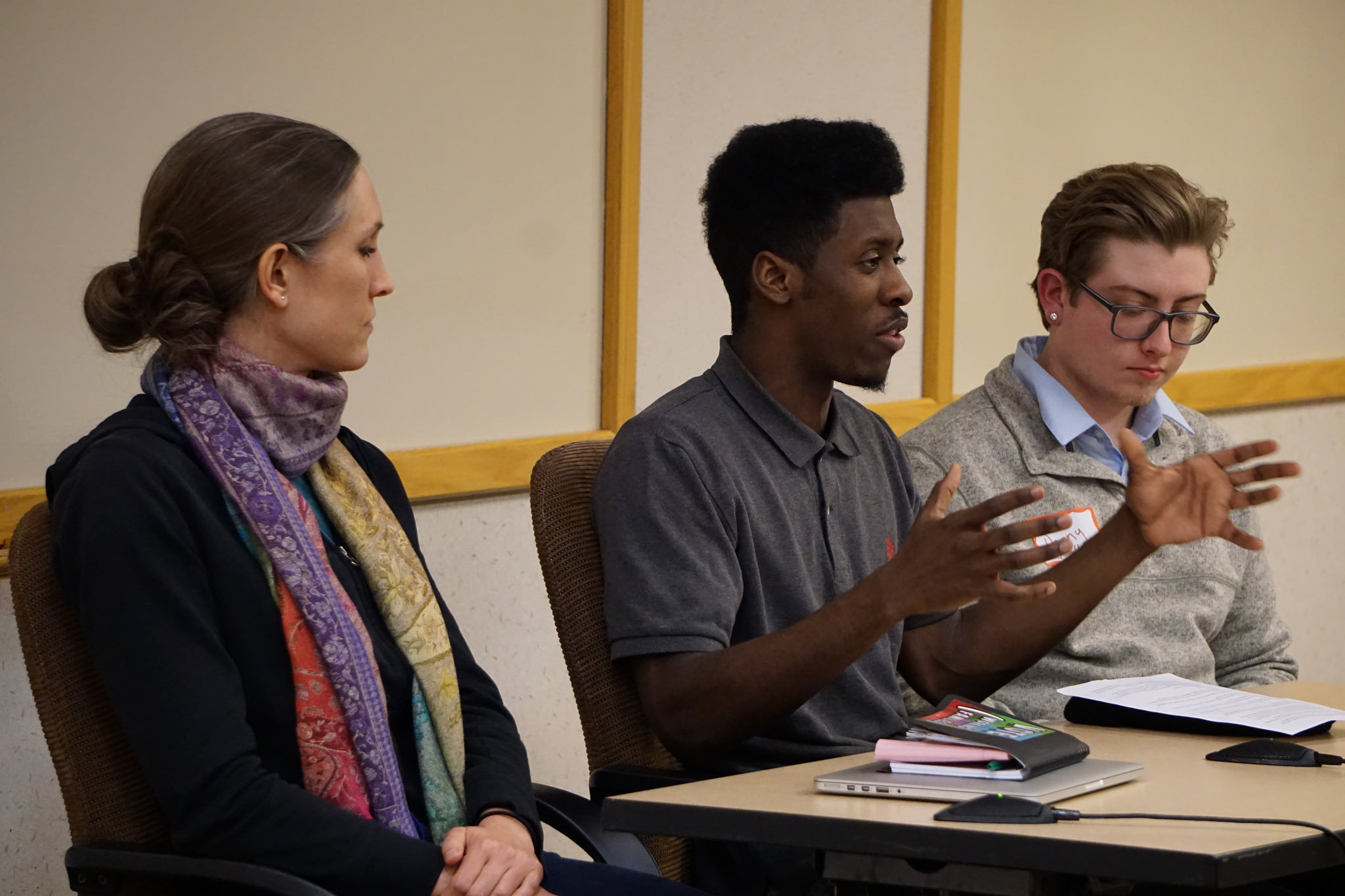 In Madison, a student panel kicked off the two weeks of inaugural events with a powerful message about the need for interconnectedness and unity across all movements for change. Danny Levandoski, a Student Labor Action Coalition member and one of the students on the panel, highlighted his experiences that fueled him to work to change the status quo on transgender and transsexual discrimination. Danny situated his struggle within a larger systemic arena:

Once we start drastically altering the economic and political system, then we’ll see true change.

The sentiment among the students was one of urgency, as the depth of the problems society faces only seems to be trumped by the power students and activists ignite in the fight for systemic change. Kaja Rebane, a graduate student and climate activist who also served on the panel, remarked, “Like the climate system, human social systems don’t change gradually, and that can be a good thing!” Her confidence in the power of students and communities to make those grand systemic shifts reflects the resounding ideals and determination of the Teach-Ins community: together, communities are already building the future.

Coming here, and hearing about what people are actually doing, my head is spinning! … So I’m just letting my imagination run wild thinking about all the possibilities.

-Deepak, a recent college graduate from New Jersey, reflects on the The Next System Project NYC Convening

Fast forward one week to the opening plenary at the New York City Convening (a.k.a. The New York Inaugural Teach-In), where a similar sentiment of people power had a packed auditorium at The New School a-buzz about alternatives to the current system. “When the system collapses, we must have tangible alternatives already in place,” said Autumn Marie, a Black Lives Matter activist who spoke on the plenary amongst distinguished speakers such as CUNY Graduate Center’s Frances Fox Piven and Fund for Democratic Community’s Ed Whitfield. Autumn went on to call for a unified paradigm shift: that “capitalism should actually be seen as the alternative to the next system we are creating.” The conversation at The New School delved into a multitude of these necessary paradigm shifts – from the de-commodification of housing to the notion that public banks can serve as a building block for an economy oriented towards human well-being – setting the stage for two full days of workshops held at the Murphy Institute for Worker Education and Labor Studies.

Above: a video excerpt from the opening plenary in New York City

At the opening events of both the Madison and New York City Teach-ins, it was clear that the events were providing a much-needed platform for people to unite and share ideas and strategies for shaping the next system. What followed the opening nights were two jam-packed weekends, filled to the brim with workshops, debates, panels, interactive plenaries, and most of all, collaborations and connections amongst what might have otherwise been disparate groups. In Madison, for example, activists from the Young, Gifted, and Black Coalition were able to share strategies and visions with organizers from the 350.org fossil fuel divestment campaign. Ed Whitfield, co-founder of the Fund For Democratic Communities, put it succinctly n a New York workshop entitled What’s After Divestment? Investing in a Just Transition: “We must re-integrate our life and community so that our economic life matches up matches up with our needs as humans – and that’s what this work altogether is about.”

We must re-integrate our life and community so that our economic life matches up matches up with our needs as humans – and that’s what this work altogether is about.

The conversation in New York City continued from sunup to sundown, as our friend Laura Flanders of The Laura Flanders Show hosted WBAI’s Morning Show on FM Radio, with a focus on new systems and practices for a more inclusive future. Laura invited visionaries Aaron Bartley and John Washington of People United for Sustainable Housing (P.U.S.H.),” plus Sarah Leonard (senior editor of The Nation) and Bhaskar Sunkara, (Founding editor of Jacobin Magazine) co-authors of “The Future We Want, Radical Ideas for the New Century,” and finally, in order to highlight the Inaugural Next System Teach-In: Dana Brown (National Teach-Ins Coordinator) and Gar Alperovitz (author of What Then Must We Do? America Beyond Capitalism and Next System Project co-chair). Laura also attended the Teach-In later that day, as one of her guests on the radio show Piper Anderson led a workshop called The Mass Story Campaign: A Public Reckoning with the Impact of Mass Incarceration.

As the Next System Project National Teach-Ins Coordinator Dana Brown observed, “People traveled from around the state and also from nearby states to participate in the Madison teach-in, and their response was resounding: we need more events like this! Educators, students and community alike made it very clear to us that they are committed to system change and to bringing this conversation to communities across the region.” Other presenters and participants agreed. “There’s such a need to drive this different thinking and paradigm shift,” said April De Simone of Designing the We. “For us,” she continued, “it really becomes imperative to open up access and space to allow people to define their place of value within this Next System and this new ecosystem of social change.”

There’s such a need to drive this different thinking and paradigm shift. For us, it really becomes imperative to open up access and space to allow people to define their place of value within this Next System and this new ecosystem of social change.

So, what’s next for the teach-in movement? These inaugural teach-ins were just the start of a nationwide wave of community-led teach-ins from Detroit, Michigan to Santa Barbara, California. “I can’t keep up with the requests for more information, ideas for follow-up and individuals who want to host teach-ins at their school or in their community,” said Dana, who as the National Teach-Ins Coordinator, reaches out on an individual basis to those who are interested in hosting their own events and have heard about the Teach-In model. The inaugural teach-ins this month also added fuel to the fire, inspiring students to take the Teach-In idea back to their communities and schools. Deepak, a college student from New Jersey who traveled to New York City for the weekend to attend the event, told us:

“Every session has been a spark for me… I’m always thinking in my head, what are ways we make things better, and how can we change systems? Coming here, and hearing about what people are actually doing, my head is spinning! We learned about community land trusts, worker cooperatives, alternative currencies, decentralized forms of organizing – all these radical ideas. So I’m just letting my imagination run wild thinking about all the future possibilities.”

By Michelle Stearn for The Next System Project.

To get involved, RSVP for one of our many teach-ins across the country. Don’t see one in your home town? Host your own! We provide materials and support for all teach-in hosts.

Check out our social media storm from the NYC Convening at #WhatsNextNYC:

After Trump, before Biden: What’s next for the American left?

Trumpism—whether or not it morphs into a new form, with a new leadership or strategy—is something we still don’t understand properly. The outcome of this election shows we have a lot more work to do to ensure the Trumpers don’t have a continuing path forward. read more
Movement Strategy & History Democracy & Governance